‘A Walk on the Tightrope ': the asylum procedure from the inside

On International Migrants Day 18 December IOM showed the film 'A walk on the Tightrope' in Humanity House in The Hague; a documentary that takes you right into the asylum system of Germany. For the first time, employees of the German Immigration Service admitted a camera. The audience watched their daily work and the interviews that normally take place behind closed doors.

The documentary A Walk on the Tightrope explores the moral dilemmas that case employees encounter when making this decision. Also as a viewer you are challenged to question your definitions about persecution, truth, fear, asylum and compassion.

The film was part of IOMs Global Migration Film Festival (GMFF): between 28 November and 18 December more than 30 films about migration were shown in 100 countries across the globe. Films show different facets of migrant life, which can in turn help viewers to cultivate deeper empathy for migrants and a better understanding of their realities, needs, perspectives and capacities. 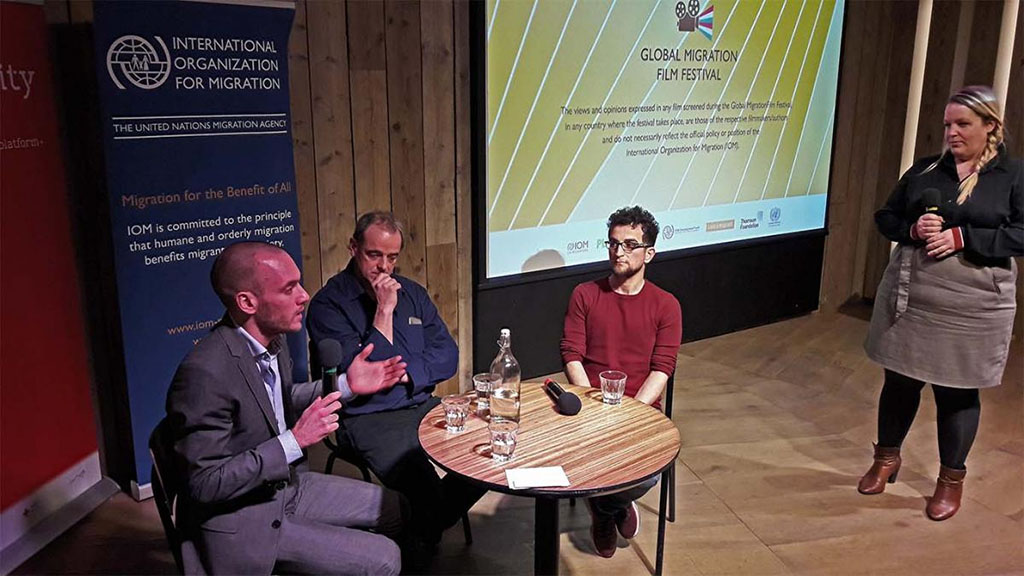