You Will Succeed, but it Takes Time and Energy

Growing up in Iran, I knew I wanted to own my own business. My father had a hair salon, my mother was a seamstress and self-employment was just a normal part of life. I actually played basketball in Iran for ten years, I played for the national team. After an accident to my leg, I had to re-evaluate my life plans. I spent a summer working for my father in his salon; I gained the skills to be a hairstylist through practical experience and decided to start my own salon. So when I came to the Netherlands, I had the same expectations to be self- employed. But the integration agency wanted me to play safe, and take a job with Heineken, packing boxes; and the government wouldn’t support me financially to start my own business.

Again, I had to re-evaluate my life plans. I refused the job at Heineken, and lent money to start my hair salon. To be a hairstylist in the Netherlands you don’t need a special diploma. But I had to learn about taxes, all the paperwork, and the terminology. In Iran we don’t have tax or this level of administration. It was really difficult to adjust to this. I also had issues with the municipality regarding access to social welfare payments. Ultimately I decided that I would rather earn my own money – even if it was a smaller amount, than to rely on social welfare. So now, every day I work from 9am to 6pm at the hair salon, then I work at my other businesses, a small convenience store until 9pm. The convenience store is another investment, a backup in case something happens to me as a hairstylist. At the moment I have the energy and I am young, so it’s work, work, work. So that later, I will be comfortable.

"You will succeed, but it takes time and energy. You have to have a Plan A, but also a Plan B and C…."

Owning a business in the Netherlands is difficult. It’s one step forward and two steps back. Because of the level of taxes, you pay so much that it’s difficult to make progress with your earnings and business. Even if you work more, you have to pay more taxes, which is a big disincentive. It makes me want to move to a different country.

My advice for other people who want to start a business in the Netherlands- if you are good at what you do, you will succeed, but it takes time and energy. You have to have a Plan A, but also a Plan B and C and D…. 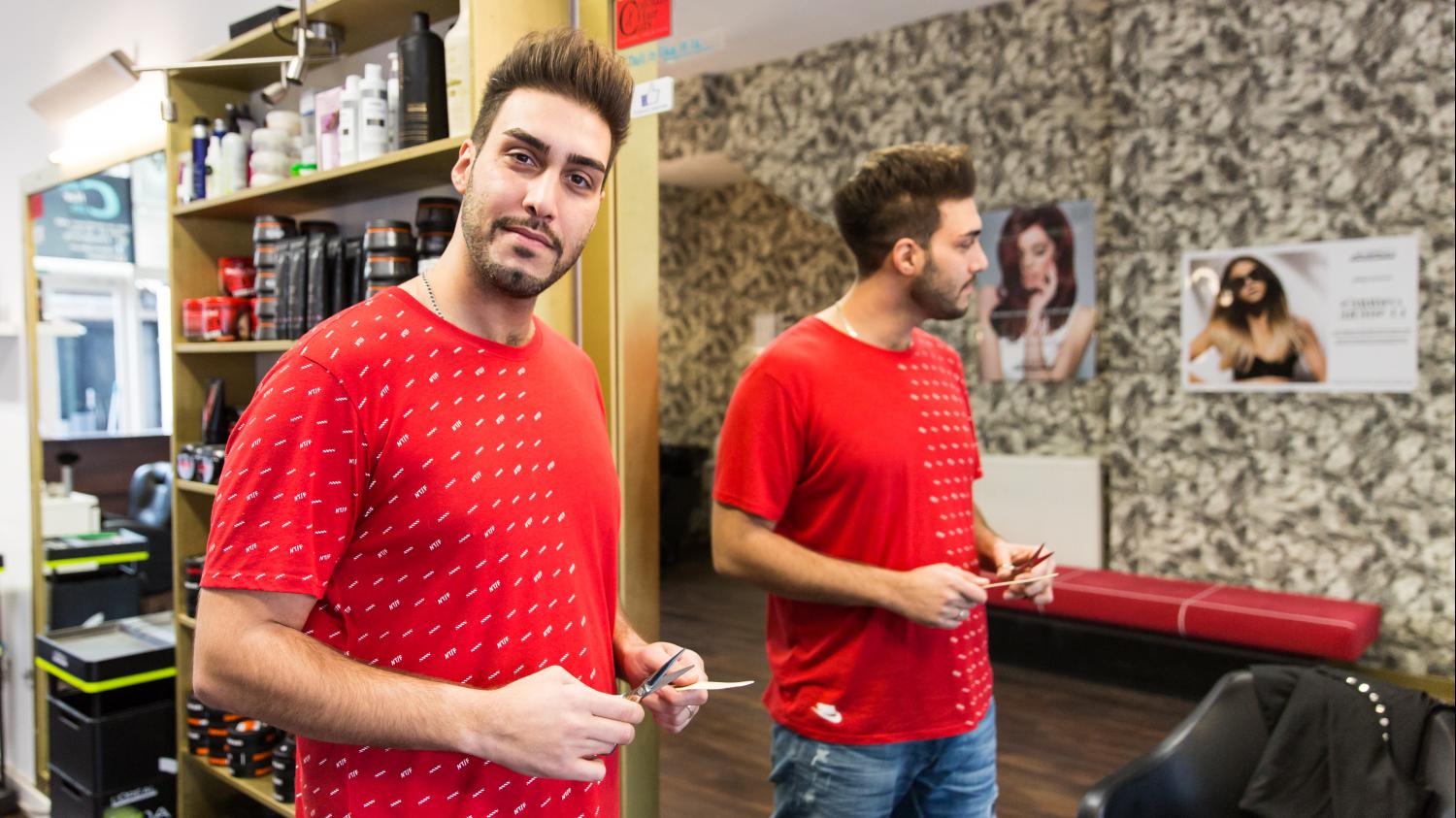 IDAHOBIT 2021: Connecting Migrants in Dark Times
It Is My Personal Drive to Empower Others Who Have Potential
I Am Proud that I Am Working; I See Myself Progressing Every Day.