Today we mark the International Day Against Homophobia, Transphobia, Biphobia and Intersexphobia.

The ongoing COVID-19 pandemic has highlighted the need to protect those who are most vulnerable in our societies and to fight against stigma and hate. The challenges faced by people with diverse sexual orientation, gender identity, gender expression and sex characteristics, or SOGIESC , including lesbian, gay, bisexual, transgender, intersex and queer people, are often invisible in discussions about human rights.  At IOM, we recognize they rarely get the due attention and concerted actions they deserve.
Hence, at IOM the Netherlands we are seeking collaboration with organizations and partners to help LGBTQI+ migrants to receive assistance and find safe spaces to express themselves.
Rainbow Anonymous is one of them. Founded by Jermain Ndhlovu (originally from Zimbabwe), he describes Rainbow Anonymous a self-care, self-acceptance, and self-pride organization. Below he writes about being an LGBTQI+ during the pandemic1.

As if being LGBTQ+ isn’t hard enough, we mark yet again a second International Day Against Homophobia this 2021 under the worldwide confines of the COVID-19 global pandemic. As the Netherlands went into lockdown on March 15, 2020, gatherings ground to a halt with events cancelled everywhere.

With IDAHOBIT 2020 and the summer Pride events postponed, queer migrants were isolated more than ever. While online meetings were available from some COC Cocktail hubs via the Zoom app, internet meetings were a relief for those with good internet and extra skill in online presence. Between setting reminders, checking emails, logging on to a new app, filling in Google Forms, testing mics, lighting and video settings, online gatherings are clearly not for everyone.

Even more so in the asielzoekerscentrums, the AZC campuses, where queer migrants can share space with different people, lack of privacy meant that chatting about all things gay in online meetings is tricky. Dressing up was a no either. In fact, dressing up queer for a Cocktail meeting in normal times could be something that many did after walking out of the AZC in “normal clothes” and only to change into viva la glam at the safe space and then returning in “normal clothes” to the AZC. Resisting the world and its pressure is a toll order.

The summer of 2020 saw a glimmer of hope as the COVID-19 pandemic subsided and some events were held under social-distancing guidelines. It seemed like the world was ready to open up again. But queer migrants could not and cannot afford go to the big city. The success of connecting and supporting queer newcomers in the Netherlands heavily relies on organisational support to provide train tickets to gatherings as well as many volunteers.
Being we are people from backgrounds where being LGBTQ+ is still considered to be a mental illness among other state and non-state obstacles, IDAHOBIT is once again a reminder that we are a vulnerable group of people. Mental health is an overlooked vulnerability particularly as the refugee community is dominated by the same people with anti-views on queer people from home. Many LGBTQ+ newcomers are emotionally caught between freedom and home country. It’s unavoidable. How can it not be?

Last year on August 22, saw me establish Rainbow Anonymous, a group predominantly for queer Africans because there is a big challenge. Healing is no easy task and especially without community support. Context is key because there are things that can be taken for granted in communication. In some cultures, chatting can be seen as flirting. A hug can be seen as madness. Meanings and nuance of words in English can vary from region to region – if English is even a common language at all! Learning Dutch in waiting and in distress is challenging and even more so as a third if not fourth or fifth language.

Our small group is trying to win small victories of being together. Sharing experiences about something as personal as sexuality is hard – even for straight people. It takes lots of guts and in the African queer community, trust is a steep mountain. And yet it has to be done because we have to start somewhere. With online meetings like Queer Quiz Nights, Queer Bingo and Queer Talks with support from partners at COC Bob Angelo Fonds, Refugee Project Maastricht and COC Amsterdam e.o. and IOM, there is a glimmer of light.

Joining or supporting Rainbow Anonymous can be done through the email This email address is being protected from spambots. You need JavaScript enabled to view it. 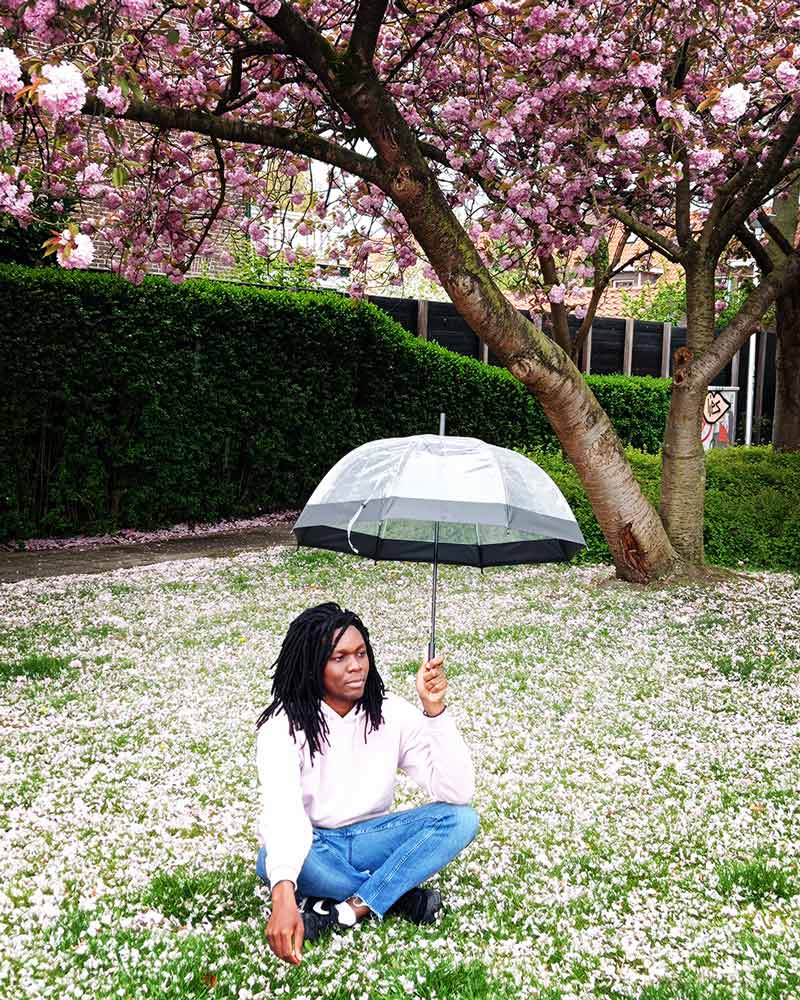 1. The opinions expressed herein are those of the author and do not necessarily reflect the views of the International Organization for Migration (IOM)

It Is My Personal Drive to Empower Others Who Have Potential
I Am Proud that I Am Working; I See Myself Progressing Every Day.
You Will Succeed, but it Takes Time and Energy