Addis Ababa –African migration in the 21st Century takes place mainly by land, not by sea. African migrants’ destinations are overwhelmingly not to Europe or North America, but to each other’s countries.

Those are among the historic findings of the study, Africa Migration Report: Challenging the Narrative, released 15 October by the International Organization for Migration (IOM), and the African Union Commission (AUC). 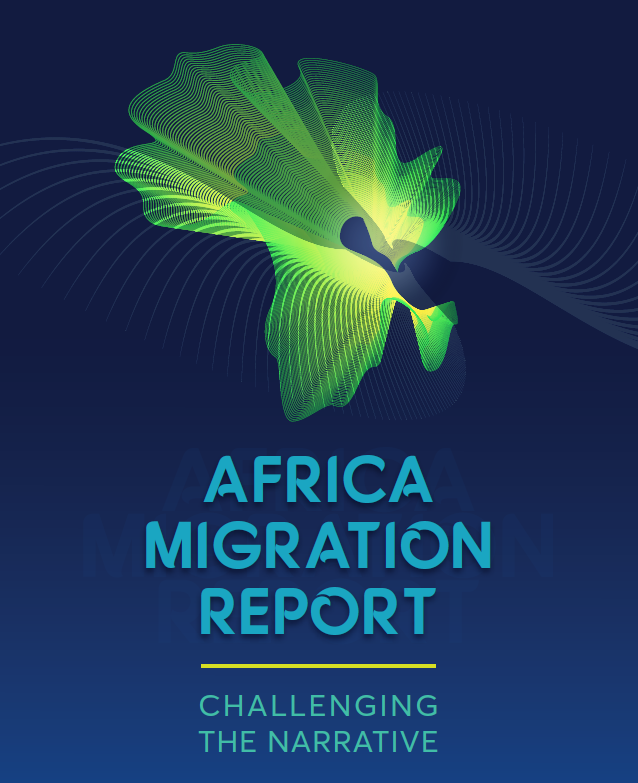 The work is the first continent-specific report on migration and is being released during  a virtual meeting bringing together policymakers, experts on migration and UN partner agencies. This inaugural edition attempts to unpack commonly held misperceptions about migration in the continent.

The AMR is modelled on the IOM flagship World Migration Report produced bi-annually since 2000.

“This report has become even more relevant for us to read in the context of pandemic, and particularly meaningful given that the lion’s share of African migration remains within the continent,” IOM Director General António Vitorino said in his opening remarks. “It reminds us how migration is integrated into every aspect of our societies and economies. It reinforces the critical need to include migrants into our responses to multifaceted crises, and in all our public policies. And it forces us to look beyond the problems of today, and consider where the challenges, and solutions, of tomorrow might be found.”

H. E. Commissioner Amira El Fadil added: “On behalf of the AUC Chairperson. H.E. Faki Mahamat, and on my own behalf, I wish to thank IOM for this collaborative initiative that begins to lay the foundations for important future work on migration policy and operational work in Africa. This is especially important as the continent makes ever greater steps towards integration through the implementation of, among others, the African Continental Free Trade Area  (AfCFTA) and the continental free movement protocol which, as we know, is adopted but is yet to come into force.”

Globally, the salience of migration issues is getting higher on the policy agenda. Stories of desperate Africans on rickety boats trying to cross the Mediterranean to Europe or embarking on the perilous Eastern trek to the Gulf States have become mainstream. This trend distorts the public’s understanding that most African migrants are moving across land borders, not across oceans.

Yet the narratives that characterize it are not always accurate, the joint report reveals. To ensure a better understanding of the complex phenomena that spur human mobility, and to reorient the narrative, the newly released Africa Migration Report takes a deep dive into the key issues and trends characterizing the continent’s migration patterns.

In 2019, Africa was the youngest continent for international migrants with a median age of 30.9 years. According to the African Union, intra-African mobility numbers have never been higher, with international migration in Africa increasing from 13.3 million to 25.4 million migrants between 2008 and 2017. Meanwhile, according to IOM’s Global Migration Data Analysis Centre (GMDAC), 80 per cent of Africans, when asked about migrating in 2017, said they have no interest in leaving the continent, nor of permanently relocating.

Today’s report further notes that 94 per cent of African migration that does occur across oceans takes a regular form. Moreover, the report notes that Africans comprise no more than 14 per cent of all global migrants, while over 40 per cent come from Asia and another 24 per cent from Europe.

“A deeper understanding of the role migration needs to play in an Africa that is moving stridently towards continental integration has never been more urgent. It is hoped that both practitioners and policymakers will find this Africa Migration Report a useful basis for migration policy development,” Maureen Achieng, IOM Chief of Mission to Ethiopia and Representative to the African Union and UNECA said. “This inaugural Africa Migration Report presents migration policy makers with the opportunity to reflect on critical policy questions, especially in the impending post-pandemic era.”

IOM works closely with the African Union Commission to advance the migration agenda, recognizing that well-managed migration has the potential to drive development and transformation on the continent.

The Africa Migration Report was funded by the Government of Switzerland and the United States’ Bureau of Population, Refugees and Migration’s Africa Mixed Migration Program, the African Union Commission and IOM.

For more information, contact Eric Mazango at IOM Ethiopia, Email: This email address is being protected from spambots. You need JavaScript enabled to view it.