IOM laments Disappearance of Venezuelans in the Caribbean

Curaçao - More than 80 Venezuelans have died or disappeared in the Caribbean Sea the past two months in three shipwrecks reported by NTN24 and other media outlets and confirmed by the Venezuelan authorities.

The first boat capsized on 23 April and the second on 16 May, both heading towards Trinidad and Tobago.

An estimated 51 to 67 Venezuelan refugees and migrants disappeared in these disasters. The third boat, headed to Curaçao, disappeared on 8 June. At least twenty-one Venezuelans are still missing, with total losses rising possibly to 32.

According to testimonies of survivors and relatives of the missing Venezuelans, these trips are organized by smugglers. Migrant smugglers take advantage of the Venezuelans’ desperate search for better living conditions to sell these trips in heavily overloaded vessels, unsuitable for passenger transport in open sea.

“The International Organization for Migration (IOM) deeply regrets the deaths and disappearances of so many Venezuelan nationals,” said Marcelo Pisani, IOM Regional Director for Central America, North America and the Caribbean. “These unfortunate incidents highlight the desperate measures Venezuelans are willing to take to reach their destinations, even risking their lives at the hands of smugglers.”

The most recent vessel that sank had set sail clandestinely from the town of Aguide, which is in Venezuela’s Falcón state.

“Considering that smuggling networks operate in cross-border settings, it becomes necessary that we all work in a coordinated manner. Cooperation between countries becomes essential for the provision of a comprehensive response,” Pisani added.

These irregular routes and smuggler-provided services put Venezuelans in situations of additional vulnerability in which they can become victims of all types of abuse and exploitation. They pay high prices without a guarantee of their safety or arrival to their destination. In many cases the trips are made in boats that surpass their transport capacity, making them likely to capsize.

“Today, more than ever, there is a need of a regional perspective to combat smuggling in the case of the Venezuelan mixed flow. This is very well reflected also in significant increase in migratory flows throughout the Caribbean,” Pisani added.

More than 4 million Venezuelan refugees and migrants have left their country since 2015. Over 110,000 of them reside in the Caribbean.

2019 is the sixth year of IOM’s efforts to systematically record deaths on migration routes worldwide through its Missing Migrants Project. Since the beginning of 2014, the project has recorded the deaths of 32,046 individuals, including 1,089 in 2019 (see chart below).

Due to the challenges of collecting information about these people and the contexts of their deaths, the true number of lives lost during migration is likely much higher. Missing Migrants Project records should only be viewed as indicative of the risks associated with migration, rather than representative of the true number of deaths across time or geography.

This month has been marked by several tragedies on the US-Mexico border, where at least 23 people have died since 30 May, or more than one per day. We learned just in the past few days of a six year-old girl from India dying of dehydration in Arizona after crossing into the United States from Mexico. We learned of a 12 year-old, from El Salvador, shot to death near Coatzacoalcos, in the southern Mexico state of Veracruz, also of a drowning this past weekend near Piedras Negras on the Texas-Mexico border.

The US Border Patrol has reported remains found across the Río Bravo waterway. On Monday, 10 June, authorities found the bodies of three men in a storm-water drain near Ascarate Park, in El Paso. That same day, the body of a fourth man was found in a canal near Upper Valley Road. The remains of a woman were found on Saturday, 8 June, in a canal along Passmore Road, also in El Paso. On Wednesday, 13 June the bodies of an adult man and a little girl were recovered from a canal in the Lower Valley. Water levels in the Río Bravo and its canals have been rising recently with the release of water from dams upstream, which happens annually for the summer irrigation season.

Not counting other unverified reports—some 42 potential fatalities IOM’s Missing Migrants Project considers still under investigation in Mexico, and several dozen more regarding refugees and migrants crossing the Darién Gap in Panamá — to date at least 380 people have lost their lives in the Americas in 2019, compared with 241 recorded through mid-June in 2018.

The mark of 300 deaths, surpassed on 12 June, is the earliest so many fatalities have been recorded on Western Hemisphere migration corridors during the past four years. Last year, 300 deaths were not recorded until past mid-July (24/07), while in 2017 the mark was hit in late June (29/06) and on 15 July in 2016. 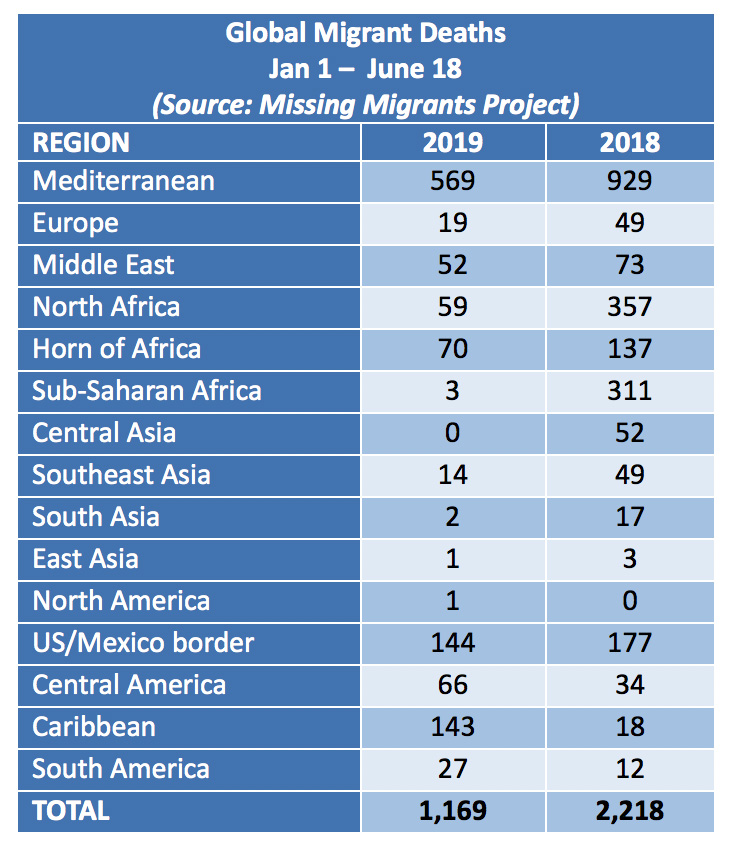 Missing Migrants Project data are compiled by IOM staff based at its Global Migration Data Analysis Centre but come from a variety of sources, some of which are unofficial. To learn more about how data on migrants’ deaths and disappearances are collected, click here. For latest arrivals and fatalities in the Mediterranean, click here. Learn more about the Missing Migrants Project. 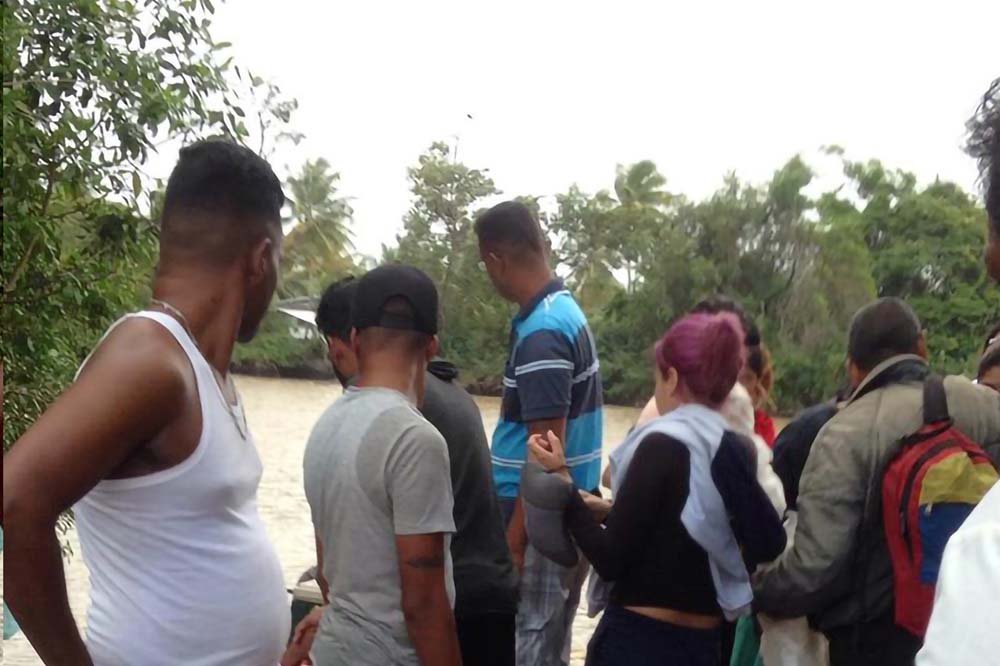 Refugees and migrants from Venezuela arrive daily at various ports especially in borderline countries within the southern area of the Caribbean. Photo: IOM Guyana